Update: can The Independent Group maintain the public’s interest? 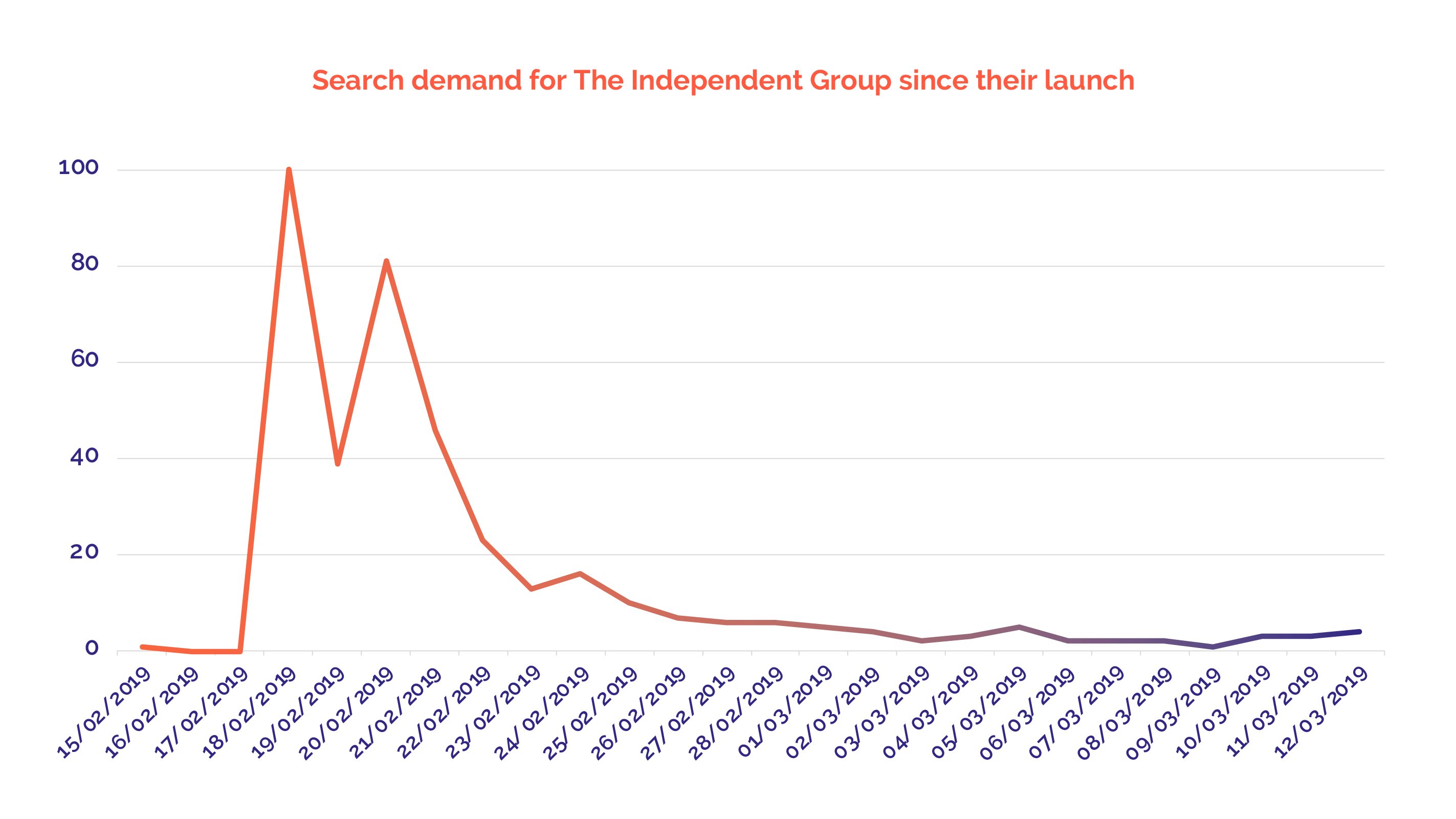 When The Independent Group launched in February, GK wrote a blog pondering the group’s possible impact on UK politics.

Now a month into their existence, have they managed to maintain that momentum? And how the public has reacted after the initial burst of interest at the group’s creation?

We have taken a quick look at some digital data to find out.

The Independent Group: Some Digital Data

The Independent Group have a high number of followers on social media – 204,000 on Twitter. By comparison, the Labour Party has 660,000 and the Conservatives have 367,000. But many of these followers followed during that initial exciting week. This is where everyone was claiming the new group could be the start of a shift in the traditional political party landscape.

In reality, like anything new, the initial interest has died down as Westminster got back to “business as usual”. Or as much that it can during these uncertain Brexit times. As our research shows, search demand (which is a useful proxy for general interest) for “The Independent Group” was at its peak during their launch. And again in the following days as three Tory defectors joined.

However, since then there has been a continuously low level of people trying to find out information about them, which is potentially surprising seeing as they successfully tabled the Commons motion that called for a second referendum, even though that motion was subsequently defeated.

The collapse in interest shows the real challenge for any breakaway political party. It is the same challenge faced by the SDP back in the 1980s. And is one that the Independent Group need to tackle quickly if they want to build a platform that lasts.

They also need to define their broader policy positions as soon as possible. Before communicating them to the public. Otherwise, they are at risk of being seen as a one-trick pony. As GK’s strategic adviser, David Laws, recently told PR Week: “The new group needs to calibrate its tone carefully and quickly move on to talk about more than Europe and anti-Semitism.”

We will be sure to keep watching to see how they develop their platform and try to secure their survival. It is certainly interesting times. The Independent Group have an interesting battle ahead of them to maintain momentum. GK Strategy will be sure to keep an eye on their progress. How do you think the Independent Group are doing? Let us know in the comments section below.

If you haven’t already then make sure you sign up to our newsletter to get all the latest updates straight to your inbox every Friday. Get all the news straight into your inbox!